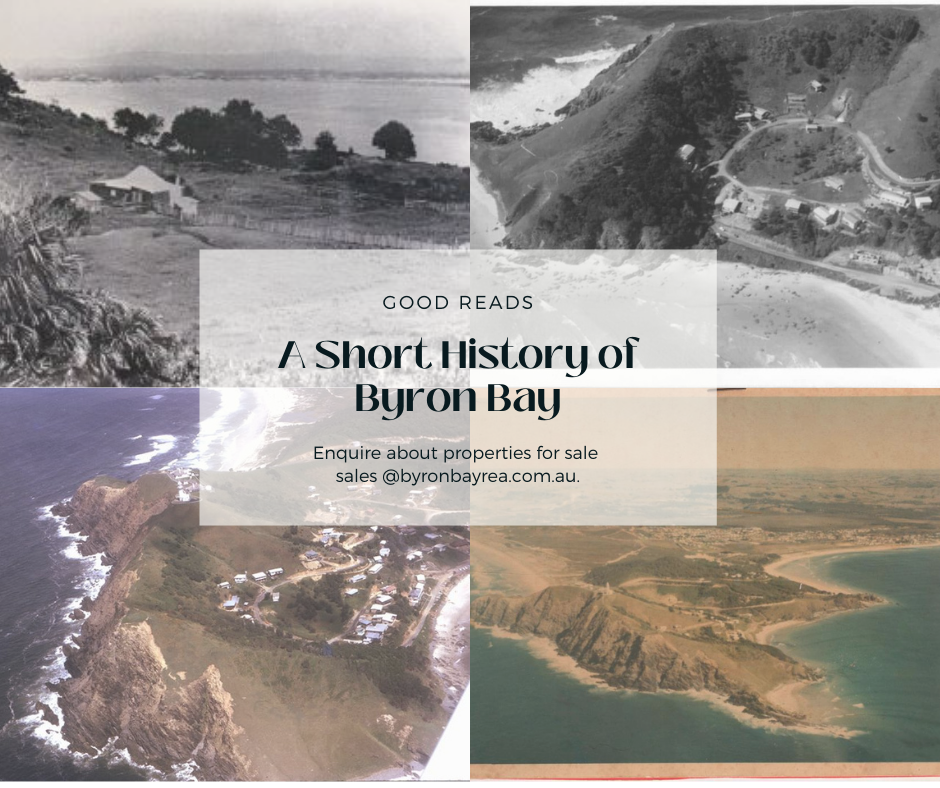 A short history of Byron Bay

The Cape was named Byron after Admiral John Byron in 1770, grandfather of the poet Lord Byron who was renowned as the author of ‘Don Juan’.

From 1860 and for the next thirty years, Byron Bay was developed as a timber port. The discovery of rutile and zircon saw sand-mining flourish in the 1950s. Until 1954 commercial fishing was one of the few industries when a powerful cyclone decimated the jetty and most of the local fishing fleet. Gold was discovered in the 1970s and painstakingly extracted from the black sands.  Byron Bay developed a vibrant agricultural processing industry from 1890, based on beef, butter, and bacon production flourishing during the decade till 1990. Also, the cultivation of bananas, pineapples, macadamia nuts, and avocados were and are still vital industries.

Today Byron Bay has an international reputation as one of the best posts for observing the annual migration of whales, beautiful scenic walks, and beaches attracting many visitors.

In addition, the local community is progressive and prides itself on minimising the use of single use plastics due to the effects on marine life. As a result, many eco-friendly industries have been born here and are redefining business’ with purpose. These include Apiwraps, Subpod, Flow Hive, and Eco Clean Co.